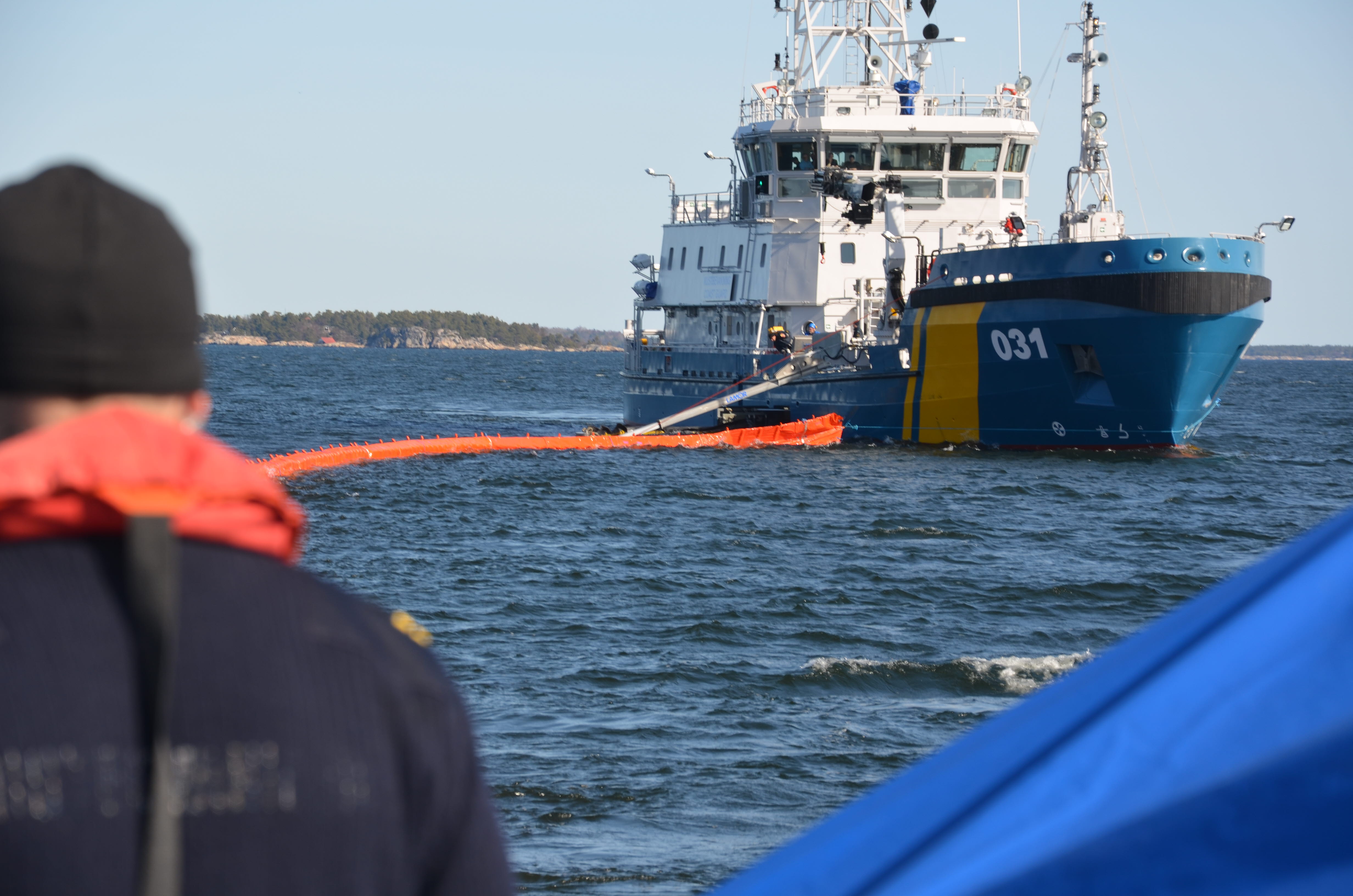 The Swedish Coast Guard's core function is to work towards achieving a sustainable maritime environment. We do this on several different levels. First and foremost, we work preventively on reducing oil spill and hazardous substances, such as chemicals, at sea. But if an accident were to happen, it is our job to ensure that the damage is minimised to safeguard the environment.

Through continuous surveillance using vessels and aircraft the Swedish Coast Guard works preventively to tackle environmental crimes at sea. We ensure that legislation prohibiting water pollution and dumping is complied with, and we monitor the bird protection areas and seal sanctuaries that are established in Sweden.

If an accident were to occur, the Swedish Coast Guard's responsibility is to take care of the spill at sea. We work to ensure that any damage caused by oil spill and other hazardous substances is minimised, so that the environment is protected as far as it is possible. We have the highest readiness for emergency response, and are always prepared with equipped environmental protection vessels designed for environmental response.

Swedish Coast Guard aircraft are among the world's most sophisticated surveillance aircraft, and with the help of satellite images we can detect oil spill at an early stage and the oil can be absorbed before it reaches land. With specific operational forecasting software, we can predict when and where a spill will reach the shore and thereby deploy the resources where they are needed. The information obtained, will also be used when investigating the spill, in order to establish the source and if a crime has been committed.

Traffic across the Baltic Sea has increased along with the volumes of oil and other goods being transported. This puts high demands on levels of preparedness for environmental protection. The Swedish Coast Guard therefore work in partnerships with our neighbouring countries to develop and maintain the ability to handle large volumes of oil spill, tow distressed ships and fight on-board fires. We also work against the spread of contaminated materials, toxic chemicals and radioactive substances, and carry out rescue and response efforts.